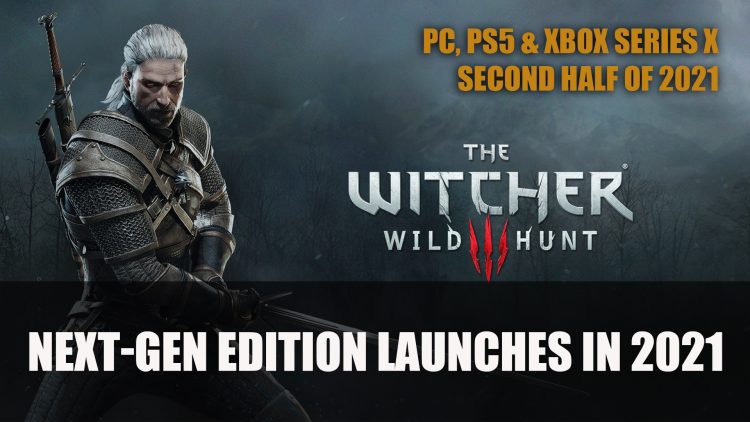 CD Projekt Red announces The Witcher 3: Wild Hunt Complete Edition will be releasing for next-gen consoles and PC in the second half of 2021.

The Witcher 3: Wild Hunt Complete Edition has been announced by CD Projekt Red to be coming to Playstation 5, Xbox Series X and PC as a standalone purchase, in the second half of 2021. Those who already own the PS4, Xbox One or PC versions will gain a free update.

Previously the next-generation editions were announced back in September last year, described to have “a range of visual and technical improvements—including ray tracing and faster loading times—across the base game, both expansions, and all extra content” according to the developer.

ICYMI, the next-generation update for The Witcher 3: Wild Hunt is coming in the second half of 2021. pic.twitter.com/h2ISyEllQq

If you’re diving into the Witcher 3  and need some help, be sure to drop by The Witcher 3 wiki.

In recent RPG news, CD Projekt Red has released a new patch their latest title Cyberpunk 2077 which adds hundreds of changes to the game including police response time and more.

The Witcher 3: Wild Hunt Complete Edition the next-generation version will be coming to Playstation 5, Xbox Series X and PC in the second half of 2021.

For more news find it here in Monster Hunter Rise Shipments And Digital Sales Top 4 Million and We Are The Caretakers Announced To Be Coming To Xbox Series And Xbox One In 2021.

Castles, Kings, and Community: An Interview with the Team Behind Age of Empires IV

Have You Played… Don’t Starve Together?