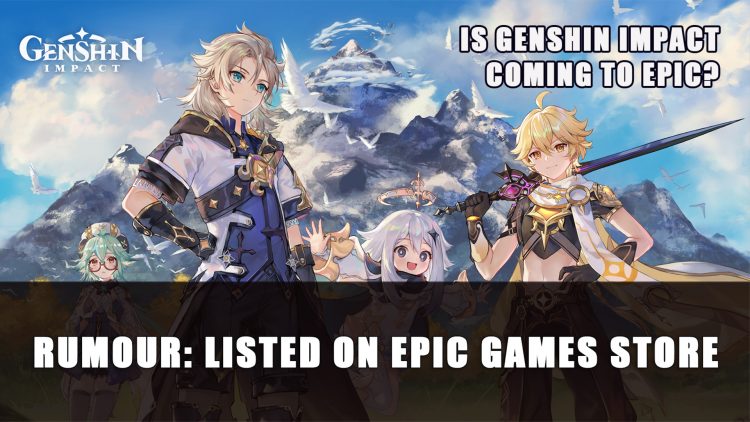 Data miners have spotted a listing for the free to play online Action-RPG Genshin Impact on the Epic Games Store’s back-end.

Genshin Impact has been facing a fair few leaks recently, while we won’t be discussing content in this post, there is one interesting detail that dataminers have uncovered in terms of platforms which was shared on Reddit. A listing for the game has been discovered in the backend of the Epic Games Store. This isn’t the only title found in the database by miHoyo, Honkai Impact was also found to be listed.

Currently miHoyo has its own dedicated launcher for Genshin Impact. The news of backend Epic listings could mean it may be getting a new platform to play on, an exclusivity deal with Epic. Another speculative answer is that EGS is believed by some to be the platform miHoyo will use to launch its next title, codenamed Project X, meaning the listing for Genshin and Honkai Impact are purely to provide info about the developer’s list of games. The Reddit post details that accessing the listings leads to the Genshin Impact privacy policy page.

It will be interesting to see whether Genshin Impact will join a new platform or remain with the developer’s own client. The title is also expected to release on Nintendo Switch and PS5 in future, but so far no news about the release date.

For more news be sure to check out next Monster Harvest Releases May 13th For Switch And Steam; June 3rd For PS4 And Xbox One.