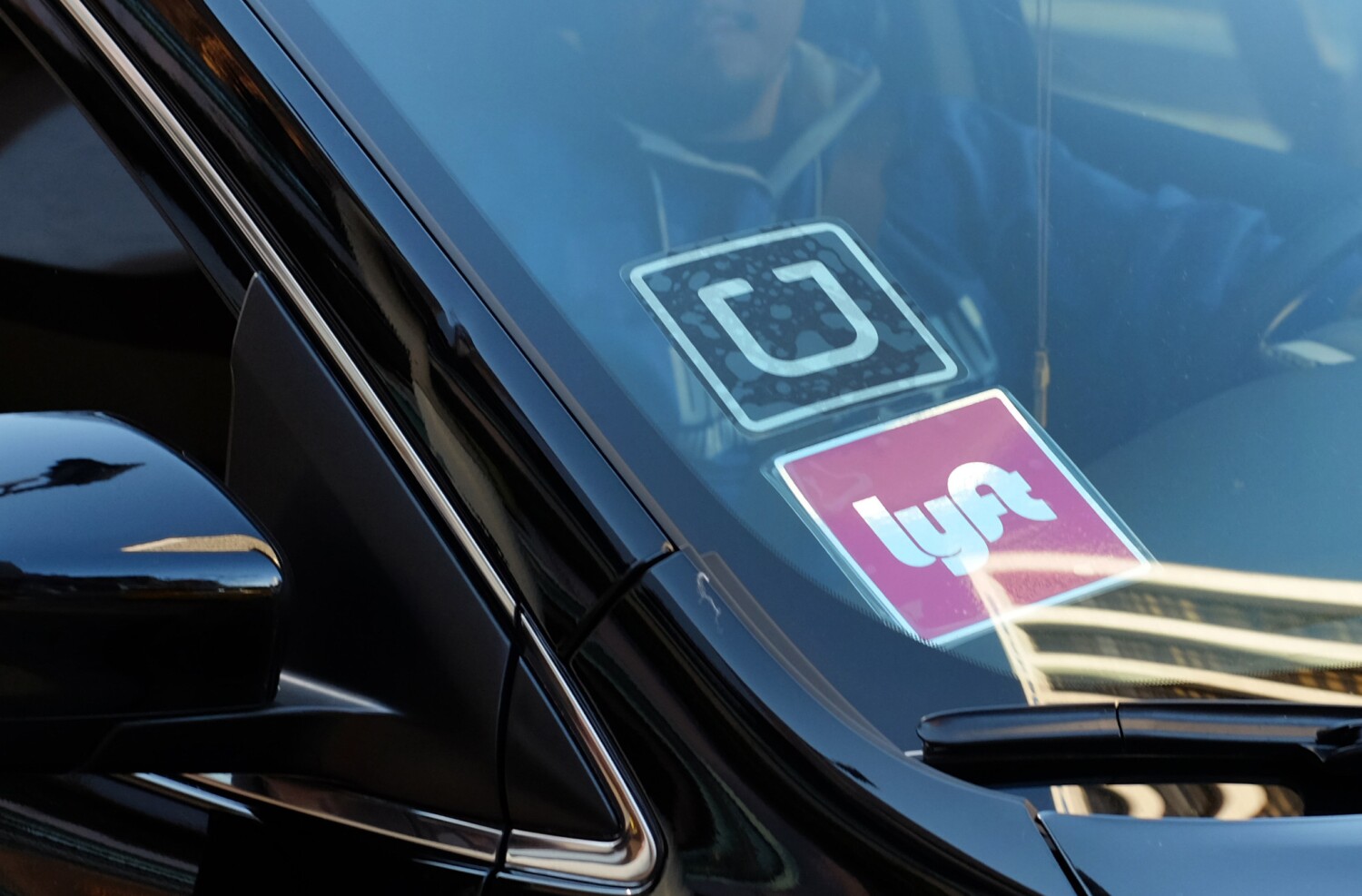 Facing mounting legal pressure for classifying their vast workforces as contractors rather than employees, gig economy companies put forth what they argued was a better solution — one that would provide some benefits to workers without forcing them to alter their business model.

On Tuesday, gig economy companies got their way, when Proposition 22, a ballot initiative that they bankrolled, was approved by California voters.

So how will Proposition 22 function in practice for ride-hailing drivers and delivery workers? What are the consequences of carving out a new category of work to fit the form of the gig economy? What will the ripple effects be across the state and country? There’s still a lot to figure out.

Once Proposition 22 goes into effect in mid-December, the law will require that companies provide an hourly wage for time spent on rides equal to 120% of either the local or a statewide minimum wage. The measure grants workers driving at least 15 hours a week a stipend for health insurance coverage, and a larger one for those putting in 25 hours a week. Drivers will also have access to occupational accident insurance to cover on-the-job injuries, which would include coverage for medical expenses and disability benefits.

Uber and Lyft had threatened to take away flexibility in drivers’ schedules if the measure failed. That’s off the table now. Under the law, gig companies cannot restrict drivers from working for other services or mandate they accept specific ride requests.

Also ruled out is the threat by the California ride-hailing companies to cease operations in their home state.

Gig companies heralded the passage with exuberance. “At a broad scale, this is a win-win-win for drivers, the California economy and for the business,” John Zimmer, co-founder and president of Lyft, said in an interview. “It’s really a turning point for the future of work, where you can have flexible work and benefits.”

Conversely, labor experts and opponents of the measure said its passage was a huge loss for workers. Had the ballot measure failed, California gig workers would have been classified as employees per Assembly Bill 5, with all the additional benefits that come with that status.

“Instead of paying their drivers, gig corporations forged a deceptive $204-million campaign to change the rules for themselves and provide their workers with less than our state laws require,” Assemblywoman Lorena Gonzalez (D-San Diego), who wrote AB 5 and opposed Proposition 22, said in a statement.

The companies had presented the slate of benefits in Proposition 22 as a concession, a weaker version of typical employment benefits. A closer examination reveals some potential pitfalls.

The minimum wage protection — as outlined in the text of the proposition — narrowly applies to “engaged time,” meaning the time a driver is on a trip with a passenger or en route to pick up a passenger. Some studies have estimated drivers could be legally allowed to make as little as $5.64 per hour under this stipulation.

“Drivers will continue to be paid less than the minimum wage if all their work time is counted; and they will be reimbursed for less than half of their business expenses. That’s a big price to pay,” UC Berkeley labor economist Michael Reich said in an email.

In the future, workers will no longer be able to seek restitution for wage theft against the companies with meaningful results since they would largely be solved through private arbitration, said Rey Fuentes, a researcher for the advocacy group Partnership for Working Families.

“There will be very little sunshine for the public to understand how [the companies] are complying or not complying with the law,” Fuentes said.

Fuentes also said language in the measure would erode the power of local governments to secure additional worker protections, such as targeted minimum wage protections for ride-hailing drivers, as has been done in cities such as New York and Seattle. Furthermore, as independent contractors, workers will find it more difficult to leverage collective power and make their voices heard because they are barred from formally unionizing.

Environmental advocates worry the independent contractor status of workers means companies will be able to skirt responsibility for environmental regulations, passing the burden to drivers instead. The California Air Resources Board has proposed 60% of the miles driven on ride-hailing trips should come from electric cars by 2030. Under Proposition 22, it will probably fall on individual drivers to convert their vehicles to electric.

Gig companies that bankrolled Proposition 22 with a record-setting $204 million didn’t provide much clarity to workers about exactly how their roles may shift or what new features they’ll see once the law takes effect.

Instacart said in an email to shoppers it would “conduct a roadshow” and share more information in the next few weeks. Uber spokesperson Davis White said the company, which introduced features that afforded drivers more control in recent months, including the ability for drivers to set their own rates, has been singularly focused on getting the ballot measure passed and didn’t have an immediate answer for whether those features would be rolled back or what would happen with pending labor litigation.

In a blog post Lyft sent to drivers, the company said it would probably roll out benefits outlined in the measure immediately when the law goes into effect.

“This wasn’t some measure to dupe people and give fake benefits. We are trying to execute on them and should be good to go on Day One,” Lyft spokesperson CJ Macklin said.

For customers, the companies have indicated much will remain the same.

“Passage of Prop. 22 means more than a million Californians will be able to keep driving with Lyft and other rideshare and delivery platforms, and millions more will continue to have access to reliable, affordable transportation services while the nation continues to struggle with COVID-19,” Macklin said in a statement.

If the companies treat these benefits as a floor, rather than a ceiling, it’s possible it could raise the cost of business — which could be passed along to consumers in the form of price increases, said David McCuan, a political science professor at Sonoma State who studies California ballot measure campaigns.

McCuan and William Gould, a labor lawyer and professor emeritus at Stanford University who studies the gig economy, said Proposition 22’s success could mean other big tech companies would seek to replicate Uber’s and Lyft’s strategy to reshape California law to their advantage.

“It’s a bit ironic given the fact that the proposition system was designed to help the little guy make their voice heard with deals being cut between big trusts and the Legislature,” Gould said.

The rest of the country watched California’s long battle to expand gig workers’ rights closely. If Proposition 22 had failed, AB 5 would have set a precedent for efforts to restructure the gig economy. With the measure’s passage, however, experts said gig companies may try to replicate the aggressive and expensive campaign in other regions.

Lyft and Instacart said as much in statements Wednesday expressing their optimism for what Proposition 22 means for the rest of the country. Instacart said it looks forward to “continuing to work with policymakers nationwide to find progressive solutions that acknowledge the flexible income opportunities shoppers want while providing them with new earnings guarantees, protections and benefits.”

In New York City, where the City Council implemented a cap on for-hire vehicle drivers and a minimum wage requirement in 2018, officials hoped AB 5 would be a country-leading effort that paved the path for more protections for workers. “Unfortunately, Prop. 22 means that’s not happening anymore,” said New York City Councilman Brad Lander.

“Those of us who care about this set of workers have to find new paths,” Lander said.

Steve Smith, spokesperson for the California Labor Federation, which sponsored AB 5 and opposed Proposition 22, said labor groups are exploring a potential legal challenge to the proposition.

Nicole Moore, a ride-hailing driver and an organizer at Los Angeles worker group Rideshare Drivers United, said her group of more than 19,000 drivers would keep fighting for worker protections.

We’re not going to turn our backs on each other. We’re absolutely moving forward,” she said.

Many drivers supported the measure and were relieved to hear voters had approved it.

“I’ve worked as an employee for many companies in the past, and I didn’t like the idea of having someone tell me what I would have to be responsible for, or that I should do things in a certain way,” said James King, a Lyft and Uber driver in Los Angeles.

King said he wished companies had communicated more about what would happen next.

“We’re still in limbo as to what is really gonna happen. It’s nice that it passed, but we still have no details,” King said.

How do taxes work for remote workers? It’s complicated.

What If You Buy A Home At The Top Of The Market And A Recession Hits?

Are you thinking about buying a home today? Then you need to also envision a scenario where you buy a