Grinding Gear Games has announced Path of Exile Ultimatum the next expansion for the free-to-play ARPG is releasing on April 16th, letting you gamble for loot.

Grinding Gear Games had quite the boat load of news with their latest live stream which took place today. Not only unveiling a look at Path of Exile 2 which will be releasing sometime next year. But coming as soon as next week, the latest quarterly league expansion Path of Exile Ultimatum releases on April 16th.

Ultimatum league will run for roughly three months, in which newly rolled characters will come across the Trialmaster, a new NPC and emissary of the god of Chaos. Players will be challenged to at first simple arena battles, with prizes outlined. However you will be given a choice of either taking the prize and run, or choosing a new modifier such as faster enemies, further obstacles or even stat restrictions and fight for a chance to not only receive the previously offered reward but also a new one. This essentially means you can double the rewards by facing further challenges. 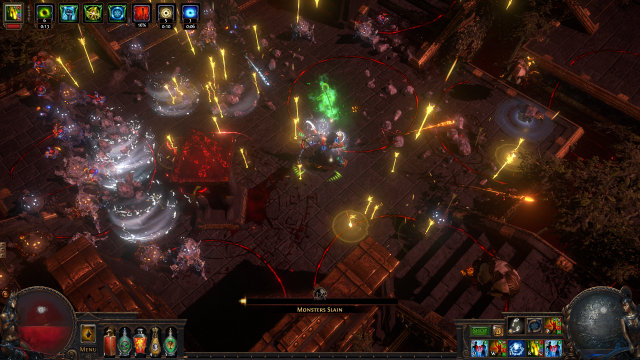 These fights will not be for the faint of heart, as each modifier will remain active until you either clear the highest difficulty, leave with just one reward, or continue to greedily gain more loot with a chance of dying and losing it all. But the risk may very well be worth it as there are rare items.

If you prevail the whole ten rounds, a “special surprise” will appear in the final round. Grinding Gear hasn’t exactly revealed what that surprise is, but it could very well be a new Ultimatum boss to face.

Those ready for endgame there are special key times that will allow access to higher-stakes battles at the Trialmaster’s personal arena. These particular fights will ask players to offer something of value, rare currency items in order to have a chance of doubling their loot in a single battle, lose the fight and lose your investment.

In a Q&A session, GGG studio head Chris Wilson also shared there will be a new final boss hidden in the depths o the Ultimatum arena battles, and new unique items to obtain. But there is more to Ultimatum than just gambling to loot. The loot stats have been adjusted, this includes older league content. Players will have a chance to gain previously league-only unique items, bundled together with the main story playthrough, giving more sources for loot.

If you missed out on the previous league, worry not as Ritual battles have been combined into endgame Atlas content, so you can still run them. 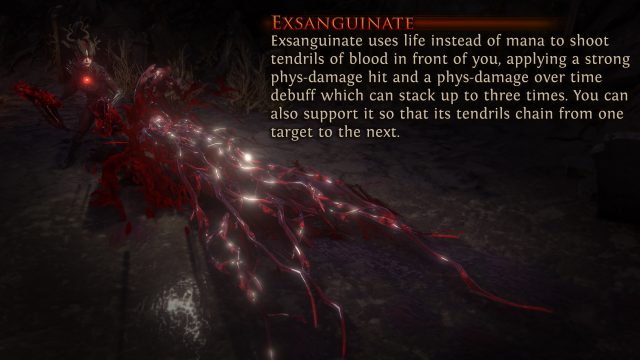 As for what the next expansion holds for Path of Exile, expect plenty of new ways to kill monsters in Ultimatum. There are four new skill gems and four new support gems, which all follow the classic Vaal themes of blood sacrifice and risk-taking. Skills The Corrupting Fever and Exsanguinate allows the character to use it’s own blood as a projectile. While Reap allows players to invest health into a magical scythe attack that only get more powerful but at the cost of repeated use health. 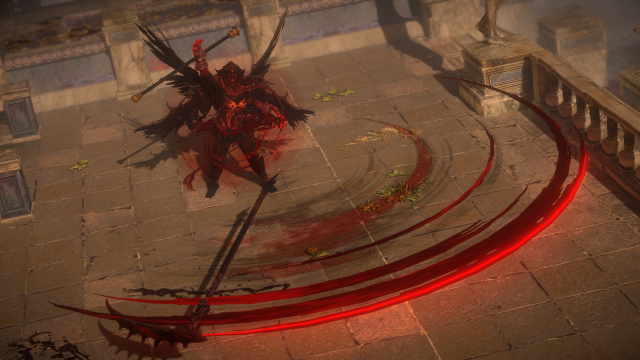 Using your own resources to deal damage means new risk-mitigation options. The Petrified Blood spell will make the bottom half of the health bar a bit safe. Taking fatal damage while this is equipped will mean you will have damage over time, giving you some breathing time to consume a healing potion, avoiding an instant death.

There are also new support gems Arrogance, Lifetap, Bloodthirst, and Cruelty. Ultimatum also offers upgrades for Vaal skill gems, double function skills allowing you to use them as normal, but also gives the option to harvest souls from enemies, to charge particular attacks.

Introducing the Expeditions update for No Man’s Sky – PlayStation.Blog