Square Enix and People Can Fly’s latest release, Outriders has come out to great popularity and interest, but that doesn’t mean there haven’t been problems. In fact, the biggest problem is that currently, the Outriders servers are down, making it tough to play the game as it is always online, even if you are playing solo.

While this has been something of a struggle since launch like almost any successful online game, the last three hours or so (as of writing) the servers have been offline with the official Twitter saying they are investigating the issue. Most recently, developer People Can Fly released the following image on Twitter commenting on the fact that they are working on fixing the issues with their partners at Square Enix. 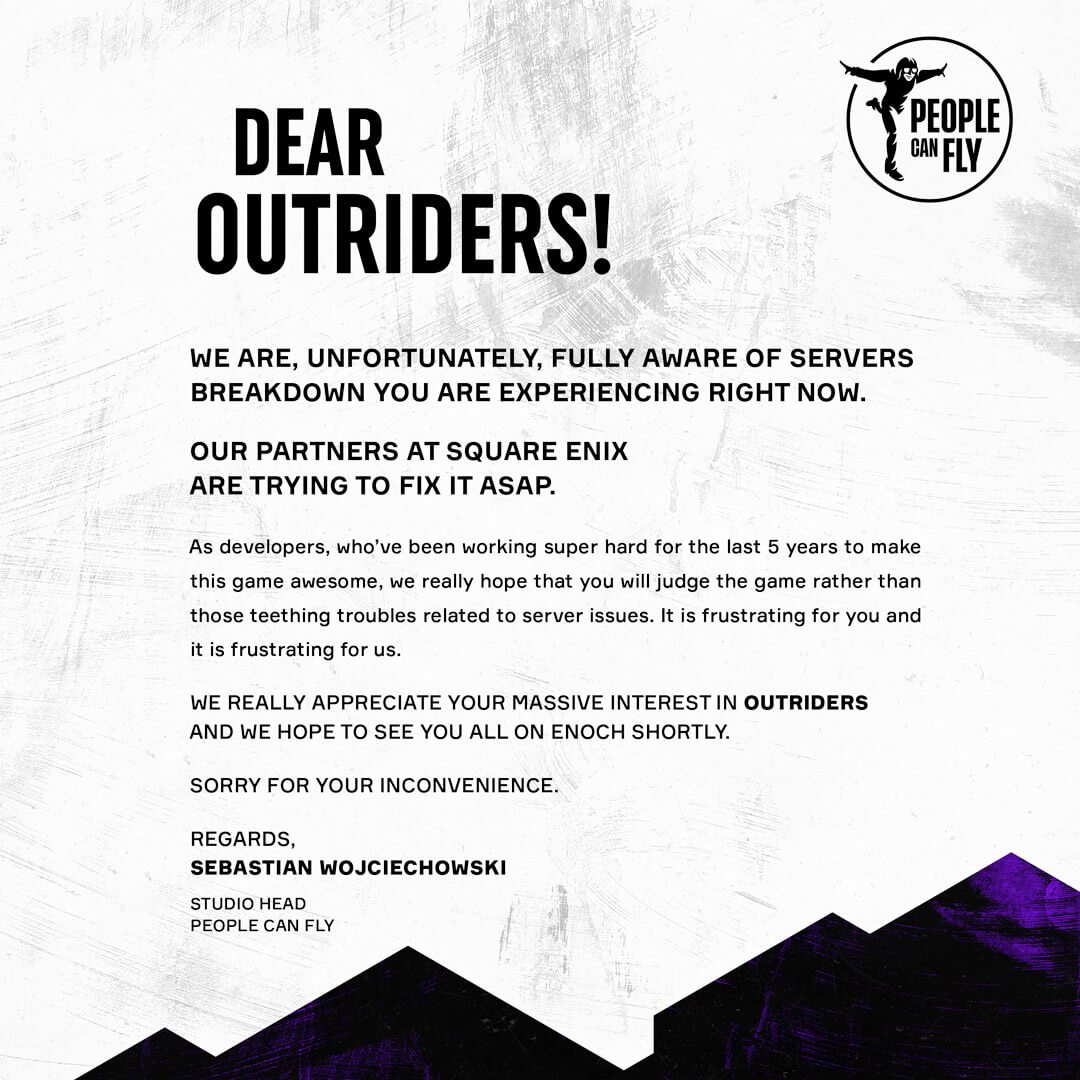 Beyond that message, a recent on status from the official Twitter stated that they were trying to do the ‘mother of all reboots. Since then they have stated that they are running checks on what they have restored, with the following statement:

We are running checks on the restored infrastructure now to ensure it is operating as intended.

While we don’t yet have a guaranteed fix or an ETA we are working on getting you back online asap. Please stay tuned!

While this is promising, as they mention there is not a guaranteed fix so they are hoping that they have isolated the issue but are not sure yet. We’ll continue to monitor the situation, but you can also check the official Twitter mentioned above or the Outriders status page which gets updated with their online servers in various areas.

While the Outriders servers down situation shouldn’t really be a surprise I guess given the issues many online games have at launch, this one seems a bit different with some of the word choice about restoring infrastructure sounding like there is some problem beyond just a traffic overload. Hopefully for those enjoying the game the problem will be fixed soon.