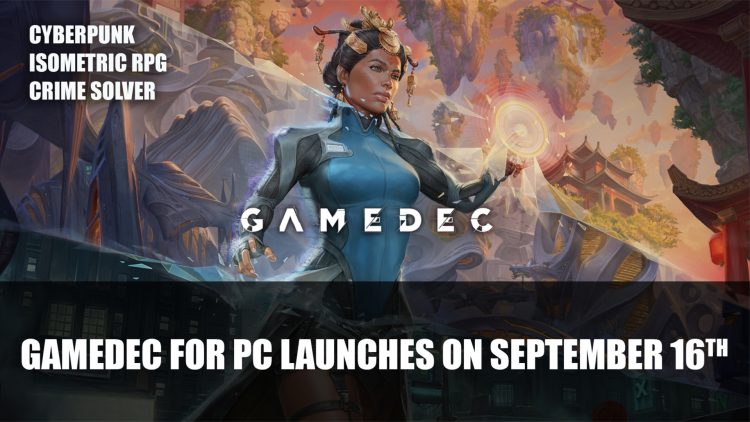 Cyberpunk isometric non-combat RPG Gamedec will be launching on PC on Steam and GOG on September 16th.

Publisher and developer Anshar Studios has announced the single-player cyberpunk RPG Gamedec will be coming to PC via Steam and GOG on September 16th. A Switch version was only previously announced slated for a 2021 release but no specific date has been announced as of yet.

Gamedec sets to follow the classic RPG structure, focusing on player choice in an adaptive isometric RPG. In this game the player will “solve crimes in virtual worlds”. The game emulates tabletop RPGs, with focus on character development and decision making. Players can craft a unique set of professions, to lead investigations in their preferred style. Gamedec promises to offer freedom to approach situations in a number of different ways, offering more than one solution. The game is described as non-combative, so your actions will rely on your investigative skills rather than your brawn.

You can find the official key features for Gamedec below:

Check out the latest cinematic trailer featuring Gamedec below:

Gamedec will release on PC via Steam and GOG on September 16th.