Zenimax have announced the dates for the next Jester’s Festival, which celebrates the spirit of April Fools, but also rewarding players with an XP buff, event tickets, style pages and more.

Get your fill of pie throwing as the Elder Scrolls Online Jester’s Festival is back, with plenty of rewards to boot. The Jester’s Festival is available to Elder Scrolls Online players from Thursday March 25th at 10AM EDT until Thursday, April 1 at 10AM EDT. Travel to the pavilions which are located in Ebonheart, Vulkhel Guard and Daggerfall. Once you reach the event area you will need to talk to any of the three Jesters who are dressed up as Skald-King, Queen Ayrenn or the High King Emeric. 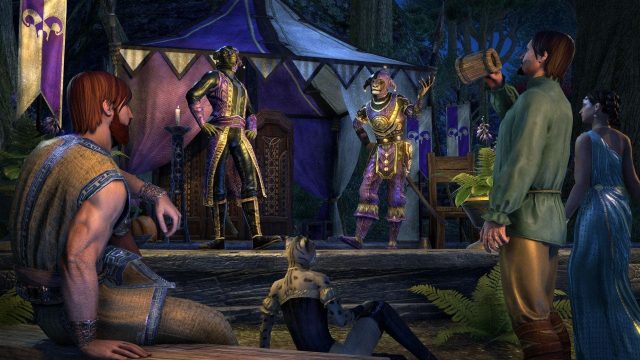 Be sure to take advantage of the 100% XP boost while completing the absurd Jester’s Festival quests.

This year things are a little different as there are three brand-new daily quests available:

It wouldn’t be an ESO event without some rewards up for grabs, after completing a Jester’s daily quest you will gain a Jester’s Festival Reward Box. These will contain a range of amusing consumables, recipes, valuable items and furnishings. The first daily Jester quest to be completed each day will grant you a Jester’s Festival Stupendous Box instead (regardless of character)! Rewards include:

Even after you’re earned yourself a Stupendous Reward Box, you can continue to complete the other daily quests, and gain Regular Boxes too.

There are also special Jester’s Festival Achievements to gain by throwing pies at your friends and other players. Add the Revelry Pies to your quickbar, and unleash pie pandemonium while gaining some event achievements:

Completing the event Achievements will also grant you the “Tin Soldier” and “Empieror” titles and the Obnoxious Mute Face Paint head marking. Also up for grabs is the Crown of Misrule hat and Lord/Lady of Misrule title, which can be earned by completing the three original daily quests or the Royal Jester title, and gain some furnishings by completing every Jester’s Festival Achievement.

Taking part in the Jester’s Festival will also grant you Event Tickets which go towards buying the Unstable Morpholith base fragments and other fragments. You can find all the wares that The Impresario will stock this event below: 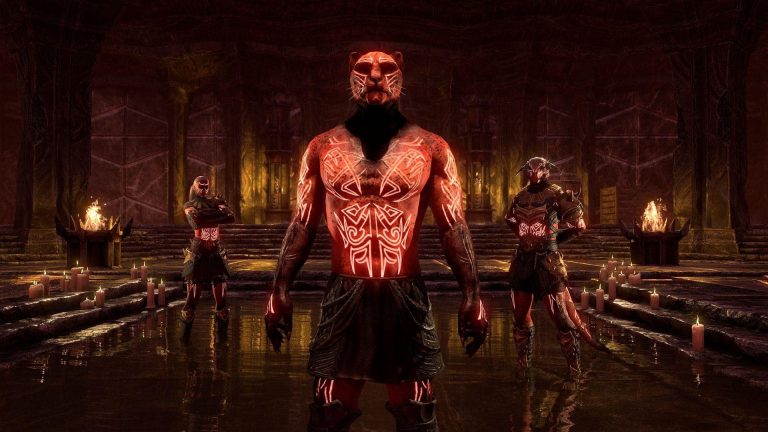 There are returning and new items available in the Crown Store during the festival, which include the Regal Regalia weapons and Prince Boar Pet: 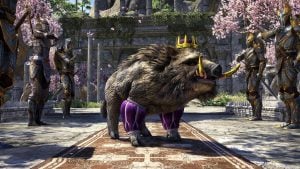 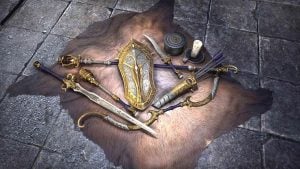 Recently ESO also rolled out the latest patch Update 29, which added a new Champion System, plus the latest dungeon DLC Flames of Ambition.

Europa Universalis IV: Leviathan — Is it worth it?

How to become a glorious warrior in Chivalry 2’s closed beta – PlayStation.Blog

How Doom 3’s combat experience has been sharpened up for PS VR – PlayStation.Blog

Microsoft and Alphabet, two of the most popular companies with investors focused on environmental, social and governance issues, are trying

A render of the iPhone 13. EverythingApplePro The iPhone 13 (or whatever it’s called) didn’t make an appearance at WWDC