Balan Wonderworld finally released today, along with a day one patch to fix a concerning bug. In response to reports of Balan Wonderworld potentially containing a possible trigger for seizures, Square Enix issued a patch that should eliminate the problem. The developer urged players to download the patch before diving into the action game.

Balan Wonderworld‘s final boss sequence included a “rapid flash/strobing effect” between actions that could potentially cause seizures. Game Informer‘s Liana Ruppert, who suffers from a photo-sensitive form of epilepsy, posted a public service announcement warning both epileptics and non-epileptics alike of the effect. Ruppert deemed the strobing “instantly dangerous” and urged players to avoid watching. Players with and without epilepsy told Ruppert on social media that they felt off after playing through Balan Wonderworld‘s final boss sequence. As gamers may recall, Ruppert was also quick to point out Cyberpunk 2077‘s epilepsy triggers back in November.

In a tweet, Square Enix claimed that the effect was unintentional, calling it a “potential flashing bug.” The studio released a day one patch to resolve the issue and asked everyone to update the game before playing. According to Square Enix, the patch also “enhances the overall play experience.” It’s a very serious bug that shouldn’t have been missed, but at least Square Enix responded quickly. 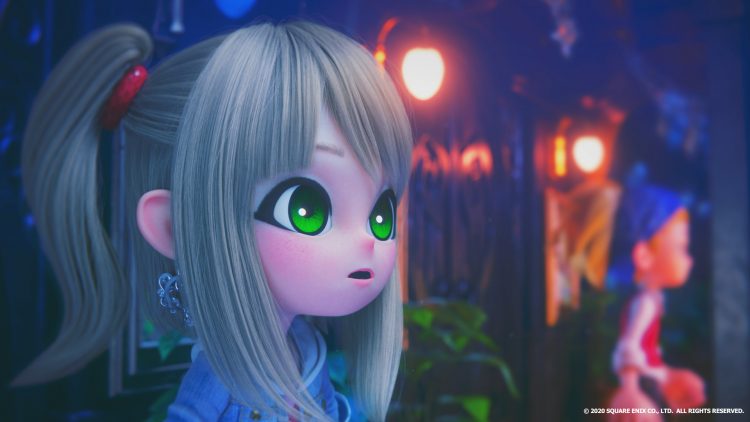 Hopefully, Square Enix’s patch has truly taken care of any potential seizure triggers in Balan Wonderworld. Fans have been eager to dive into the action-packed platformer for months, so a bug of this nature can be very disappointing.

Balan Wonderworld follows two gifted characters, Leo and Emma, through a land called Wonderworld. The two use special abilities and costumes to explore the mysterious world and conquer enemies. A demo launched on Steam in January. Curious players can still download the demo before committing to Balan Wonderworld in full.